Fire crews from Muldrow, Redland and Maple,OK were responded to a house fire on Bawcom Rd/County Road 4700 Monday early afternoon. Witnesses said they saw smoke coming out of the house.

Officials said they found a man's burned body in the middle of the kitchen floor. The house did not have any fire damage and the cause is unknown, according to Sheriff's office.

Sequoyah County Sheriff Rock Lockhart said he has never seen a case like this, “it’s kind of a unusual fire scene. I’ve worked many fire scenes, but I’ve never seen anything like this that’s why we’re calling it suspicious right now.” Lockhart said the man's death may be a case of spontaneous human combustion and they are not ruling this out.
The strange case has everyone talking about the rare phenomenon.

The body has been sent to the medical examiner's office in Tulsa, OK.
Posted by Butch Witkowski, FFSc. at 8:59 PM 5 comments:


The werewolf phenomenon may have a medical explanation. Take Peter the Wild Boy, for instance. In 1725, he was found wandering naked on all fours through a German forest. Many thought he was a werewolf or at least raised by wolves.


Peter ate with his hands and couldn’t speak. He was eventually adopted by the courts of King George I and King George II, and lived out his days as their “pet” in England.
Research has shown Peter likely had Pitt-Hopkins syndrome, a condition discovered in 1978 that causes lack of speech, seizures, distinct facial features, difficulty breathing and intellectual challenges.
Other medical conditions that may have encouraged werewolf-mania throughout history are:
Throughout the centuries, people have used werewolves and other mythic beasts to explain the unexplainable. In modern times, however, most believe werewolves are nothing more than pop culture horror icons, made famous thanks to Hollywood’s 1941 movie, The Wolf Man. Still, werewolves have a cult following, werewolf sightings are reported each year, and werewolf legends will likely continue to haunt the dreams of people throughout the world.
Posted by Butch Witkowski, FFSc. at 8:56 PM No comments: 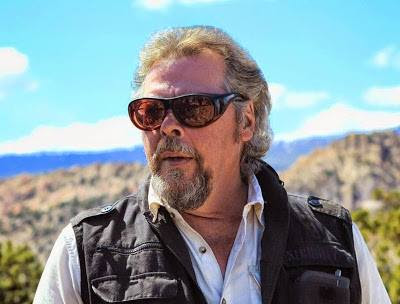 Posted by Butch Witkowski, FFSc. at 1:47 AM No comments: